It’s almost impossible to describe Avner Eisenberg in one word. In fact, he has the ability to captivate an audience without uttering one word. So we’ll have to use a wide range of words to describe him—comic, entertainer, actor, acrobat and magician—and that’s just touching the surface.

Avner has enjoyed a flourishing entertainment career in Maine and beyond. He recently wowed local crowds during a holiday season performance in the Phyzgig festival at Portland Stage Company. The Portland Press Herald provided glowing remarks about Avner’s ability to use ordinary objects to create a “good belly laugh.” Avner told us that his motto is, “If you can’t succeed every time, learn to fail magnificently.” (He noted, “These are good words to live by, but not as nice as a lake.”)

While Avner is a Peaks Island resident, he mainly makes his living in Europe, touring overseas several times a year. He’s often booked ahead for an entire year, and his schedule includes teaching workshops in Maine.

Visit Avner’s entertaining website for details about his work and appearances: www.avnertheeccentric.com. 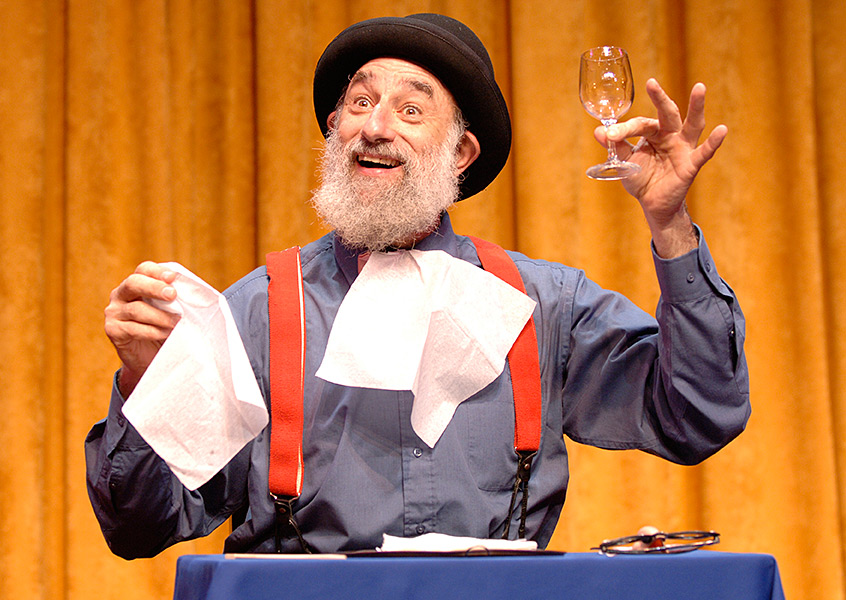