Puppets interacting with actors; actors interacting with puppets. The Maine-based Figures of Speech Theater takes traditional Japanese Bunraku puppetry and gives it a dramatic and magical spin—with the mission of producing “visual theater that emphasizes myth and transformation.”

The theater was established nearly 3 decades ago when John Farrell dropped out of law school to pursue a more creative life. Carol Farrell had been in theater all her life and had earned a Masters of Fine Arts in puppetry from the University of Connecticut. They both loved the idea of creating an entire world from scratch.

John explained, “This theater looks to find out which stage media does what best and to juxtapose puppets and actors in a way that’s meaningful for the performance. In any production, puppets may represent one historical, psychological or spiritual realm while actors represent another.” John carves the “dolls” out of wood, while Carol designs and creates their costumes. “The dolls are about three feet tall and are operated by one or two manipulators who are in view of the audience and have roles connected to the puppets; unlike Japanese puppet theater, which never shows the manipulators.” said John.

The Figures of Speech team has traveled all over the world, including tours in Japan. Much of their work is presented to schools throughout Maine, they do public performances periodically, and they have produced three annual World Puppets Festivals in Maine.

If you’re interested in knowing more about these extraordinary puppets and Figures of Speech productions, visit www.figures.org. 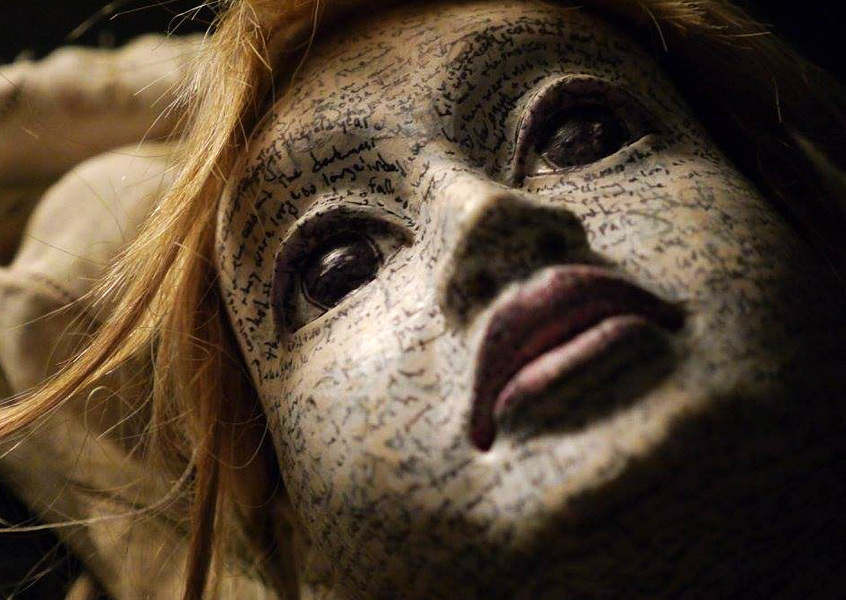